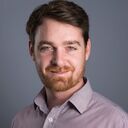 The Alliance for Finance is managed by an Executive of representatives from our member organisations. The current Executive is:

Nick Caton, Chair
Nick is currently a Regional Organiser for Community the Union. Nick has been a Full Time officer with the union since 2006, previously being part of the Union of Finance Staff before it joined with Community in 2016.  Nick has been mainly involved in supporting members from Zurich Insurance and Capita Life and Pensions for a number of years and has represented Community as a member of the Industri-All Global Union

Nick has been on the Executive Committee of the Alliance for Finance since 2014 and was elected as Chair in 2017.

Ania Lomax, Deputy Chairperson
Ania is currently Assistant General Secretary of Aegis having responsibility for the membership working in the Yorkshire Building Society. Ania is based in West Yorkshire.


Fiona Steele, Treasurer
Fiona is Deputy General Secretary of Aegis the Union. Fiona has been a full-time officer with Aegis since 2005. During that time she has been at the forefront of Aegis’ evolution, working with the General Secretary, she designed and delivered a five year strategy to support Aegis’ transition from a single employer staff association to an independent, TUC and STUC affiliated union with recognition rights in Aegon UK, Yorkshire Building Society Group, Skipton Building Society and Computashare.

​Fiona has been involved with the Alliance for Finance since 2006 and joined the Executive Committee in 2011 and she is now the Treasurer. She is committed to building the Alliance’s strength and influence within the finance sector so it can continue to promote and protect the interests of the people who work in it.

She is also an active member of a European Works Council and the STUC Women’s Committee.

Kevin Watts, Secretary
Over 40 years’ experience working in HR, both private and public sector.  Most of this was building relationships, working jointly with, exploring interests and options, developing new solutions and sometimes handling disagreements, with unions, staff associations and employee bodies.  A strong background in employment law and consultation.   Kevin was elected as the Alliance for Finance Secretary and an executive member in 2021.

Chris Roberts
Chris is a member of the Santander National Committee that has responsibility for collective bargaining on behalf of it's CWU membership within Santander UK and Santander Technology, and has been involved with Trade Union work since 2004, initially with the Alliance and Leicester Group Union of Staff (ALGUS) upon transfer of engagement to CWU early 2008, and has recently joined the Alliance for Finance in early April 2022

Stephanie Jones
Steph is currently one of the Deputy Heads of the PCRF (Phoenix Colleague Representation Forum), the employee representative body for colleagues of The Phoenix Group. Launched in March 2021, the Central team, alongside lead and local reps across the business, represent all permanent and fixed term colleagues throughout their working lives at Phoenix.

Steph joined the PCRF in March 2021 after previously working in the Internal Communications and Engagement team for Phoenix, with previous global PR and communications experience in the automotive and utilities sector.

Frank Needham
Frank has previously been Chair of the Alliance for Finance between 2007 and 2012 and has over 30 years of experience of working for trade unions in the finance industry. For 13 years from 1984 to 1997 he was General Secretary of the in house union at National & Provincial Building Society (NAPSA). Frank was Chair of the Federation of Building Society Staff Assocations from 1984 to 1987 and subsequently Vice Chair of the Financial Services Staff Federation from 1993 to 1996.

Frank has recently retired as a partner in Network Partnership which he formed in 1987 with his colleague Mike providing consultancy and training services to a number staff unions - many of them in the building societies and mutuals sector.

Frank also worked for the finance section of the union Unite and its predecessors, as National Secretary responsible for the union's building society members, members in Abbey plc and from 2006 for Northern Rock until his retirement from Unite in 2008. Frank has also been Chair of the Mutual Interest Partnership (formerly Mutual Interest Campaign) from July 2000.

Franks principal areas of interest include training on employment law and practice, communication and negotiation skills, team building and management development. He also has experience in political lobbying and organising campaigns, trade union organisation and recruitment, and the development of reward systems.

Constitution
​​You can view the Alliance for Finance Constitution HERE